Join action realized during the month of august 2002.

The collective group was composed of Christian Francelet, Herve Gio, Olivier Gendre, Albane du Plessix, Nicolas Moulin, Clémentine Roy and Jimmy T.
The project, Topokosm, an initiative of Nicolas Moulin, consisted of an “experience in practicality” among the desert landscapes of central Iceland.

Iceland was chosen location for this project due its unique geographie; which is similar to that of the planet mars (deserts of sands with scatterated basalt boulders) as well as the possibility it yields for “questioning the experience of discovery” made by cosmonauts in unhabitable territory, registred by a group of cameras.
Our task was to walkacross the middle of iceland (a distance of 300 km) along the brake that crosses the country while transmit data (visual and audio) to a place of reception situated in paris, at the palace de tokyo, measuring a progression thru various instalments.
From the very beginning we envisioned this experience as drifting in a “vague terrain”, concerning ourselves solely with our location and disregarding any tourist attitude. To be autonomously capable of energizing our equipment, we had a fresh supply of light cameras and solar panels for recharging our batteries.
In order to carry our baggage we constructed an engine capable of transporting 70 kg, constituting to air tanks strapped together an hermetical supply drum upon which an axe was fixed to each side. With such a “wheelbarrow” being the vehicle of support, it became a central figure of our passage. Through its slowness, it set the rhythm of our march and became an additional pretext of the landscape. 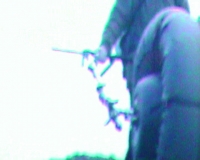 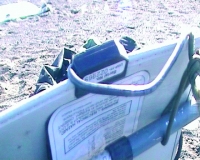 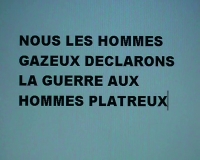 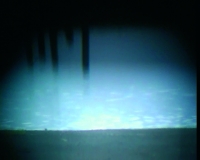 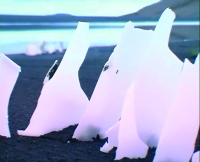 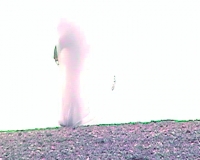 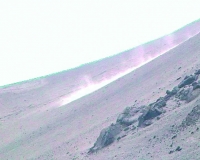 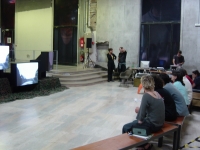 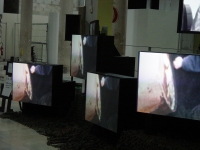