Installation and performance in situ with Gaëlle Boucand

"Sprechtkontakt mit Müggelturm" (Spoken connection with the Müggel tower) is dealing with the German tradition of observation towers, tourist architectures built on little hills and allowing people to watch the landscape from a higher point. This tradition was expanding in Germany by the end of the 19th century. At this time, two towers were built on the Berlin east side forest border, separated by 10 km distance: The Müggelturm and the Woltersdorfturm.
After both towers burned down in 1961, they were rebuilt later in the same year. The first one, the Müggelturm is closer to the city and has a modernist style: light, glass, geometric, typically DDR. The second one reminds you of a different German atmosphere, the Grimm’s fairy tales one: secluded in the forest, in Woltersdorf, it’s a wooden tower, dark and austere.
The Müggelturm was going to stay empty and uncluttered until today, while in the nineties a show entitled "Als Woltersdorf noch Hollywood war" (When Woltersdorf was still Hollywood) was put on in the Woltersdorfturm. Nowadays, damaged by time, the show still remains in the tower, recalling through faded pictures and dusty showcases the cinema of the twenties shot in Woltersdorf. At that time, the city was enjoying an economic boom thanks to the cinema industry based there.
In 2005, a scientific group was taking advantage of the small distance separating the two towers in order to carry out a strange experiment: they tried to create a connexion between the towers threw "Lichtsprechen" (Speaking lights). Thanks to infrared transmissions from one top to the other, they managed to install a radio connection: "Sprechkontakt mit Müggelturm".
The connection was established. During a few minutes, the towers could communicate.
The project "Sprechkontakt mit Müggelturm" starts thus in the first tower, the Müggel one where the visitor can discover, while going up the stairs, a serial of pictures taken inside the other tower, the Woltersdorf one. He receives a map of the surroundings indicating how to get there. The walk is in the nature, threw the woods and next to the lakes. The visitors who will arrive a few hours later in Woltersdorf will be able to visit its tower. On the top of it, a telescope is blocked in direction of the Müggel tower. 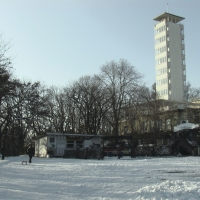 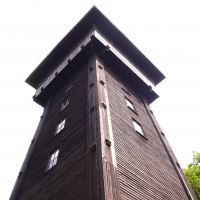 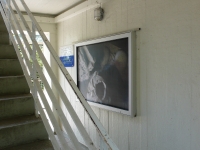 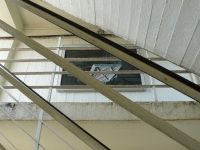 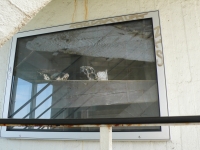 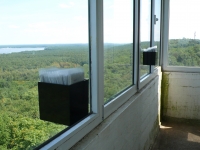 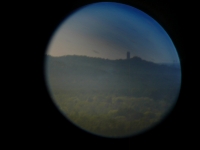 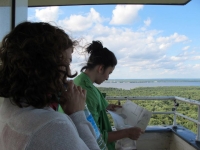 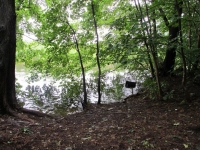 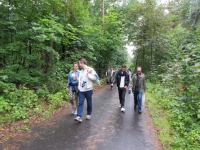 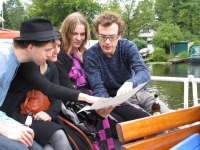 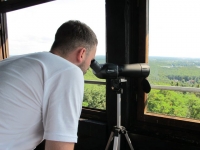 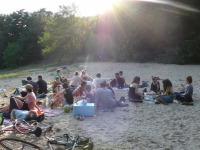